Judge in the Japanese Speech Contest 2019 for Foreign Diplomats in Tokyo. 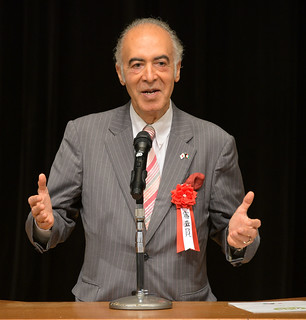 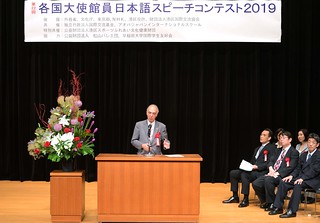 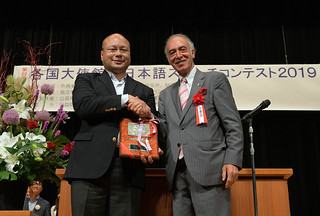 On behalf of the people and Government of the Islamic Republic of Afghanistan, he thanked Hon. Mr. Shibata and Hon. Dr. Sato for the steadfast and benevolent support of the people and Government of the noble nation of Japan over the years as Afghanistan has striven for progress, prosperity, and peace. In return, Hon. Mr. Shibata and Hon. Dr. Sato not only thanked H.E. Dr. Mohabbat for his kind words but also for participating as a judge on the panel given his fluency in the Japanese Language and long time in the country.
While at the event, H.E. Dr. Mohabbat also had the pleasure of meeting with other of Their Excellencies the Ambassadors, diplomats with missions in Japan, and other distinguished guests all present for the speech contest. 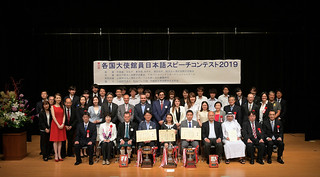 Judge in the Japanese Speech Contest 2019 for Foreign Diplomats in Tokyo.
Posted by AEJ at 15:03