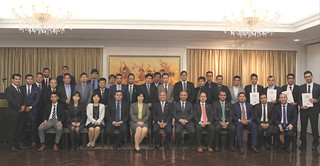 September 11, 2018: H.E. Ambassador Dr. Bashir Mohabbat had the pleasure of hosting a lunch reception for scholarship graduates at the Embassy of the Islamic Republic of Afghanistan’s Rumi Balkhi Hall, in Tokyo. 40 graduates who had studied in Japan under Japan International Cooperation Agency (JICA)’s project called PEACE program, and 4 under the Ministry of Education, Culture, Sports, Science and Technology (MEXT) scholarship were honored for completing their diligent Master’s and Doctoral studies here in Japan. The reception was also attended by a delegation of Directors, Department Heads, and other high ranking officials from various Ministries, Commissions, and Authorities in Kabul as well as by Officials from Japan’s Ministry of Foreign Affairs, JICA, and Japan International Cooperation Center (JICE). 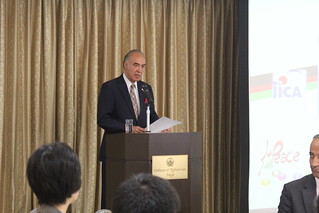 Mr. Asif Agah, Second Secretary for the embassy, greeted the guests to the hall and facilitated the ceremonies. H.E. Ambassador Dr. Mohabbat gave his opening remarks, thanking those in attendance for joining the occasion to celebrate the wonderful achievements of the honorary graduates. Further, he remarked that these scholars are the change makers in society and that, thanks to the friendly and noble nation of Japan’s investment in their human capacity, the future revitalization of Afghanistan rests on the shoulders of these young. “Your education will allow you contribute to your nation by forging bridges of understanding—bridges that will help us better understand those from different homes, different cultures, different backgrounds, and different ideologies and bring us to peace. It is my most sincere hope that you use your potential to change the world.” 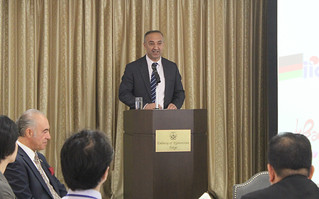 Remarks were also given by Hon. Ms. Yuka Fujino, Deputy Director for Country Assistance Planning Division III of the International Cooperation Bureau of the Ministry of Foreign Affairs Japan; Hon. Mr. Masahiro Suzuki, Deputy Director for South Asia Division 2 of the South Asia Department of JICA; and H.E. Eng. Mohammad Taher Ayub, Deputy Minister Finance & Administration Department of Ministry of Agriculture, Irrigation & Livestock Afghanistan. All of the speakers commended the great dedication and achievement of the Afghan scholars in completing their Masters and Doctoral studies, as well as spoke to the strong collaborative relations between Afghanistan and Japan which has enabled the fruitful success of these programs. 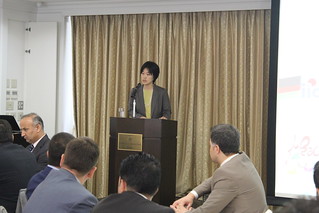 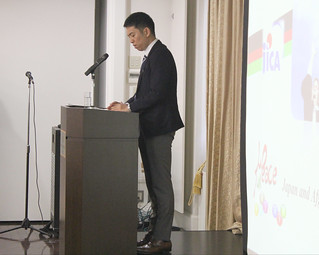 Mr. Hemmatullah Misaq Mohammadi (Ministry of Counter Narcotics), Graduate Student from Waseda University, gave a heartfelt speech on behalf of the PEACE scholars thanking all the many people involved in bringing this unique and vital opportunity to Afghan scholars. Mr Sayed Samim Rahpaya, PhD Graduate from Tokyo University of Agriculture and Technology, gave a moving speech on behalf of the MEXT scholars, expressing his gratitude for the generosity of all those who have placed their trust into the Afghan students and shared with them the knowledge and skills to progress further. Mr. Mohammad Wasif Mujadidi (Ministry of Higher Education), a graduate student from Ibaraki University presented his research which focused on a “study of QTL’s affecting another length in a cross between a Japanese rice cultivar ‘Koshihikari’ and a wild rice.” 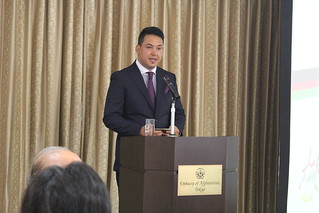 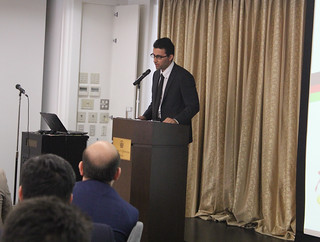 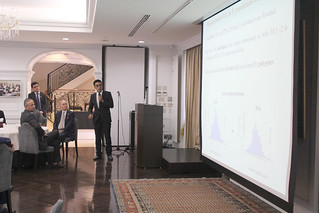 Following the speeches, Afghan dishes prepared by the Embassy in honor of this special day, were served for all to enjoy. To hallmark the great achievements of the scholars, certificate of completion were given to all graduates from the embassy, JICA, and MEXT. To commemorate the event, a group photo was taken. To those graduates, we wish you the best of successes upon your return. 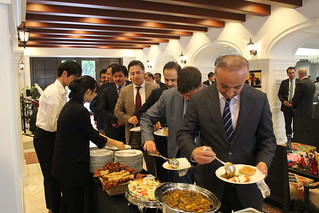