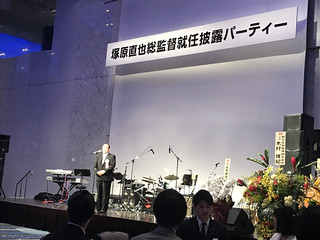 July 5, 2019: It was an honor and pleasure for H.E. Ambassador Dr. Bashir Mohabbat to attend the inauguration party in honor of newly appointed president of the Tsukahara Gymnastics Center, Hon. Mr. Naoya Tsukahara, at the Prince Park Hotel in Tokyo. 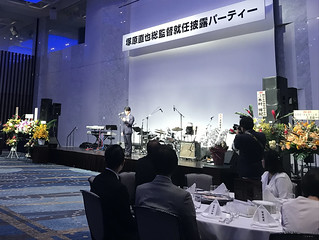 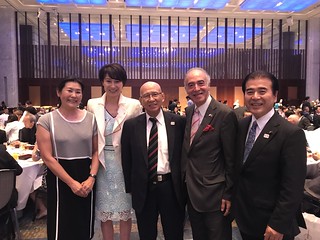 On behalf of the people and Government of the Islamic Republic of Afghanistan, H.E. Ambassador Dr. Mohabbat offered congratulations on the new position within the Tsukahara Gymnastics Center to Hon. Mr. Tsukahara, wishing him a most successful and fruitful tenure for the Center under his leadership. Moreover, H.E. Dr. Mohabbat thanked Hon. Mr. Tsukahara for the offer by the Center to host and assist Afghan athlete members of Afghanistan’s National Olympic Team that may be coming to Tokyo next year for the 2020 Olympic and Paralympic Games. In return, Hon. Mr. Tsukahara thanked H.E. Dr. Mohabbat for his kind words and assured him that the Tsukahara Center would be happy to host members of Afghanistan’s National Olympic Team next year and would look for further ways to enhance relations between the Center and Afghanistan for other opportunities in the future. While at the reception, H.E. Dr. Mohabbat also had the pleasure of meeting and speaking again with his close personal friends, and friend to Afghanistan, Hon. Mr. & Mrs. Toshiaki Ito, the latter a City Council Member of Mitaka City who has helped to bridge cooperation and understanding between Afghans and Japanese. H.E. Dr. Mohabbat also had the opportunity to meet with Hon. Mr. & Mrs. Tomiaki Fukuda, the latter the President of the Japan Wrestling Federation and Vice President of the Japanese Olympic Committee, where he heads the National Training Center Commission; with whom he spoke of Hon. Fukuda's experience as a freestyle wrestler meeting Afghan wrestlers and admiring their indomitable spirit and tenacity. Additionally, H.E. Dr. Mohabbat had the pleasure of meeting and talking with several of the distinguished guests all present in honor of the occasion.