2019.01.11 Attendance at the Celebration Party for the 77th Anniversary of the Foundation of Tokai University Educational System 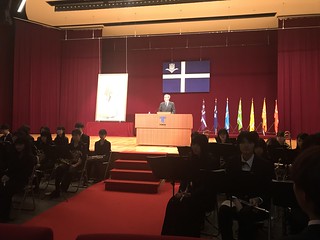 November 1, 2019: His Excellency Ambassador Dr. Bashir Mohabbat had the pleasure of attending the celebration party for the 77th Anniversary of the Foundation of Tokai University Educational System at the Tokai University Shonan Campus. Also in attendance was Mr. Nasrullah Rozbeh, Second Secretary for the Embassy of the Islamic Republic of Afghanistan in Japan. 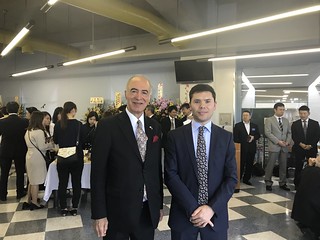 At the event, H.E. Ambassador Dr. Mohabbat took the time to meet and speak with several of the distinguished guests all gathered in the honor of the occasion. While speaking with the hosts of the event, H.E. Dr. Mohabbat congratulated the leadership of Tokai University on another year of success and fruitful outcomes. H.E. Dr. Mohabbat further conveyed his gratitude to Tokai University for having been a close friend with Afghanistan by becoming a second home to many Afghan students studying in Japan whom they have admitted into their excellent educational programs. Both sides expressed their wishes that this friendship would last far into the future and that the continuous admittance of Afghan scholar students into Tokai University would form a pathway for cultural collaboration and mutual development between the two nations. Following the ceremony, H.E. Dr. Mohabbat and Mr. Rozbeh were able to meet with the Afghan students studying at Tokai University whom he congratulated on their recent representation of the country in Tokai University's recent 13th International Fair . 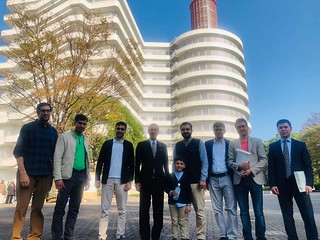