2019.27.11 Attending the UNODC “High-Level Conference Between Afghanistan & Pakistan” and Hosting Lunch for Delegations.

Attending the UNODC “High-Level Conference Between Afghanistan & Pakistan” and Hosting Lunch for Delegations. 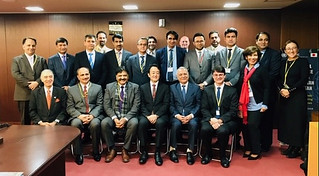 November 27, 2019: It was a pleasure for H.E. Ambassador Dr. Bashir Mohabbat to attend the “High-Level Conference Between Afghanistan & Pakistan” event hosted by the UN Office on Drugs and Crime in Tokyo. 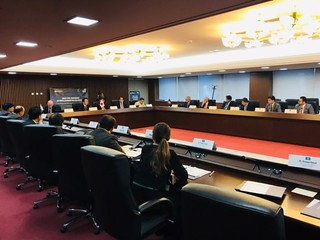 Delegations from the Islamic Republic of Afghanistan, headed by Hon. Mr. Mohammad Hasim Aurtaq, Deputy Minister of the Counter-Narcotics division for the Ministry of Internal Affairs, and the Islamic Republic of Pakistan, headed by Hon. Mr. Amjad Javid Saleemi, Federal Secretary of the Ministry of Narcotics Control, were brought together for this conference by the UNODC, Headed by Mr. Jeremy Milsom, to Japan with the assistance of their Ministry of Foreign Affairs, headed by H.E. Ambassador Mr. Katsuhiko Takahashi, Director-General and Assistant Minister for the Middle Eastern and African Affairs Bureau, as well as Special Representative for Afghanistan and Pakistan. Also in attendance from the Embassy of the Islamic Republic of Afghanistan in Tokyo was Mr. Najibullah Safi, Counselor and Deputy Chief of Mission. 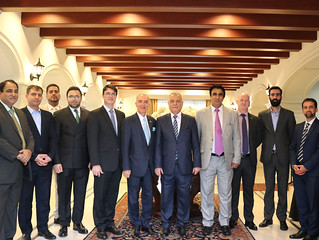 This high-level conference was facilitated under the framework of Japan’s White Paper on Development Cooperation 2017 (2-2 Assistance for Ensuring Peace, Stability and Security; Peace Building Assistance to Afghanistan and Pakistan) in order to review existing and emerging challenges faced by the two countries that were identified in earlier meetings; secure ownership of the Governments over the recommended mitigating measures and necessary capacity-building against trafficking of drugs, TIP and SOM, contraband smuggling and other TOC; as well as to promote policy level partnership to improve technical and operational collaboration of information, risk analysis, coordinated interdiction ops and investigations. 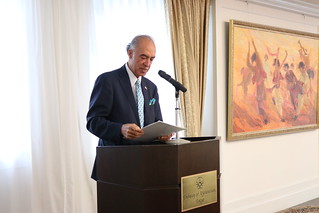 Following the conclusion of events on the 27th, the Delegations were invited to the Embassy of the Islamic Republic of Afghanistan in Tokyo where H.E. Ambassador Dr. Mohabbat and all of the diplomats were happy to host a luncheon in honor of the conference. In his remarks to the delegations, H.E. Dr. Mohabbat thanked the UN, all its agencies particularly the UNODC, the people and Government of Japan, as well as all those involved in the delegations for their hard work and efforts to bring their noble goals to fruition. Further, he spoke on the importance of working closely and bilaterally to help fight the common problems of drug trafficking and the crime ladened terror networks they finance. Remarks were also given by Hon. Mr. Saleemi thanking all participants and supporters of the conference hoping that the outcomes and steps towards achieving them they have laid out for this next phase will go smoothly and quickly to help bring about peace. 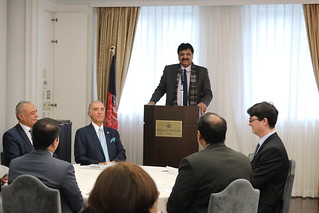 Following the remarks, H.E. Dr. Mohabbat invited all of the special guests to partake in the delicious Afghan traditional food carefully prepared for them by the embassy in honor of the conclusion of the “High-Level Conference Between Afghanistan & Pakistan”. 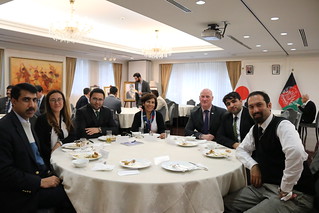