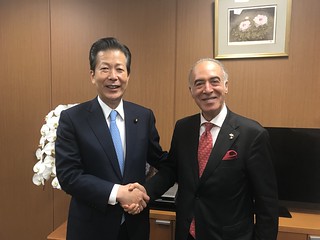 Courtesy Call to the Hon. Mr. Natsuo Yamaguchi, Chief Representative of the Komei Party.
Posted by AEJ at 11:03