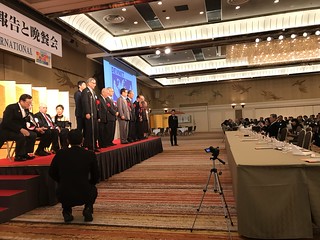 December 16, 2019: It was a pleasure for H.E. Ambassador Dr. Bashir Mohabbat to attend the DEVNET International Japan Signing Ceremony and Inaugural Dinner at the Tokyo Prince Hotel. 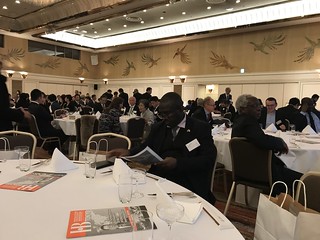 The United Nations Economic and Social Council, which is the main institution of United Nations (ECOSOC), has certified DEVNET as a Category 1 (rank), to operate as a NPO/NGO organization. It was founded in 1986 in Rome, Italy through the efforts of founder Mr. Robert Savio and Mr. Boutros Boutros-Ghali who was the Secretary-General at the time. It is a global information network system of technology, economy and trade with the aim of promoting exchange and economic cooperation between developing countries and between developed countries. DEVNET aims to promote a better quality of life for people in the world, and the main objective is to provide access to the necessary "knowledge", "real-experience" and "investment funds."
While at the event, H.E. Ambassador Dr. Mohabbat had the pleasure of meeting and speaking with others of Their Excellencies the Ambassadors, diplomats with missions in Japan, members of Japanese government, political leaders, and other distinguished guest present in honor of the occasion.