2019.14.12 Attendance at International Symposium Hosted by the Government of Japan in the North Korean Human Rights Abuses Awareness Week.

Attendance at International Symposium Hosted by the Government of Japan in the North Korean Human Rights Abuses Awareness Week. 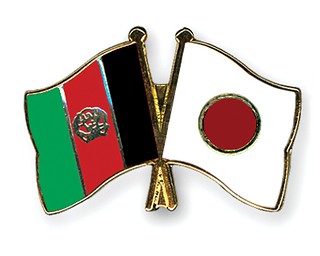 December 14, 2019: It was a pleasure for H.E. Ambassador Dr. Bashir Mohabbat to attend the International Symposium hosted by the Government of Japan in the North Korean Human Rights Abuses Awareness Week at Lino Hall in Tokyo.
According to Japan’s Ministry of Justice website for the event, “the issue of the abduction by North Korea is a matter of grave concern pertaining to the sovereignty of Japan as well as the lives and safety of the Japanese citizens and the Japanese government continues to inject maximum effort by mobilizing all available resources within the government to realize the return of all abductees at the earliest possible timing. At the same time, close cooperation with countries concerned, including United States, is essential for the resolution of the abduction issue, and our government has been taking advantage of every possible opportunity on the diplomatic front of multilateral frameworks and bilateral consultations to raise the issue of abduction.” Opening remarks were given by H.E. Mr. Yoshihide Suga, Chief Cabinet Secretary and Minister in Charge of the Abduction Issue, who spoke on the relevancy to the international community of collaborative efforts to help resolve the issue.
The opening was followed by an appeal by the families of the victims, a panel discussion by authorities on the issue, and a mini concert in honor of those who are still unaccounted for. While at the event, H.E. Ambassador Dr. Mohabbat had the pleasure to meet and speak with others of Their Excellencies the Ambassadors, diplomats with missions in Japan, members of government, and other distinguished guests all present for the important symposium.