2019.12.12 Attendance at the National Day reception of the State of Qatar

Attendance at the National Day reception of the State of Qatar 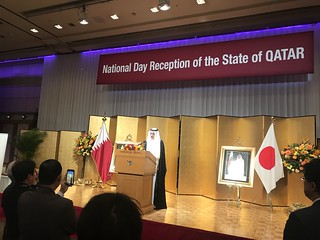 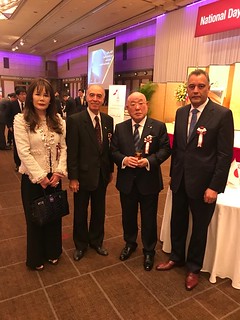 On behalf of the people and Government of the Islamic Republic of Afghanistan, H.E. Ambassador Dr. Mohabbat extended best wishes on this auspicious day to H.E. Mr. Hassan Bin Mohammed Rafei Al-Emadi, Ambassador of the State of Qatar to Japan. He further expressed hopes that relations between the Islamic Republic of Afghanistan and the State of Qatar would continue.
While at the grand reception, H.E. Dr. Mohabbat also had the pleasure of meeting with Hon. Mr. Isao Ijima, Senior Advisor to H. E. the Prime Minister of Japan, Dr. Ahmed M. R. Naili, Chargé d'Affaires ad interim for the Embassy of Libya in Japan, several other of Their Excellencies the Ambassadors with missions in Japan, many diplomats, members of Parliament, Madame Nakasone the widow of the late H.E. Mr. Yasuhiro Nakasone, former Prime Minister of Japan, notable members of Japan’s business sector, and other distinguished guests all present for the remarkable celebration.