October 31st, 2018: In recognition of their outstanding services towards promoting the relations between the people and Government of Afghanistan and Japan, His Excellency President Mohammad Ashraf Ghani via video conference to the Embassy of Afghanistan in Japan, held a ceremony to present Honorary medals to five individuals affiliated with Japan International Cooperation Agency (JICA) for their contribution in assisting the Urban Development Sector of Afghanistan. His Excellency Ambassador Dr. Bashir Mohabbat and the members of the Embassy of the Islamic Republic of Afghanistan in Japan were proud to host the Japan-side Honorary Medal Award ceremony. 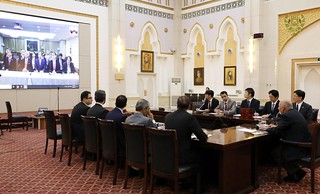 Among the honorees were Mr. Shinichi Kitaoka, President of JICA, Mr. Shohei Hara, Director-General of the South Asia Department, JICA, Mr. Takeshi Watanabe, Chief Representative of JICA Afghanistan Office, Mr. Toshiyuki Iwama, Representative of JICA Afghanistan Office, and Mr. Kenji Takahashi, Team Leader of the Technical Assistance Project: Development Service Land Readjustment and Urban Redevelopment for Kabul Municipality. The Honorary Medals were conferred to the recipients by His Excellency President Mohammad Ashraf Ghani in Kabul, presented on their behalf to H.E. Ambassador Mr. Mitsuji Suzuka, of the Embassy of Japan in Kabul, present at the Office of the President in Kabul. 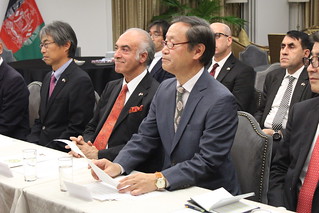 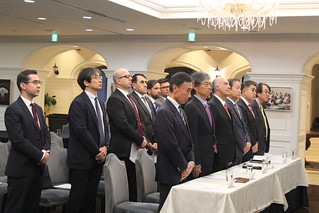 At the award ceremony, the Senior Vice-President of JICA, Mr. Yamada, gave his remarks on the expected future support from JICA to the urban development sector of Afghanistan. Mr. Takahashi, JICA’s technical assistance project’s team leader, presented a briefing of JICA’s urban planning and development initiatives and progress in Kabul to H.E. President Mohammad Ashraf Ghani. Pleased to see the dedication and enthusiasm from JICA, H.E. President Mohammad Ashraf Ghani expressed his gratitude and appreciation to JICA and the Government of Japan on behalf of the people and Government of Afghanistan, reaffirming that Japan’s benevolent support and assistance to Afghanistan has been “effective and comprehensive” and that the two countries have “deep rooted cultural and historical relations.” Both parties also had the chance to spend some time discussing the ongoing and upcoming urban development programs and the preparation for a developmental framework in Kabul as well as other parts of Afghanistan. 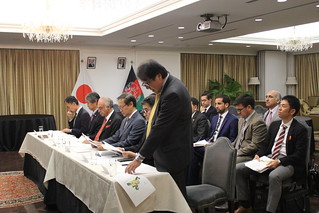 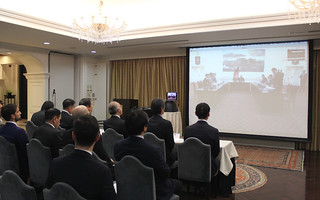