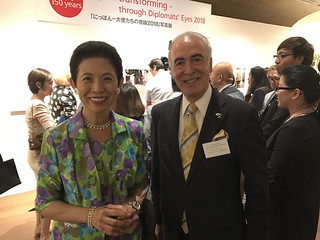 October 10, 2018: It was an honor and pleasure for His Excellency Dr. Bashir Mohabbat, Ambassador of the Islamic Republic of Afghanistan to Japan, to attend "Meiji 150 years Japan transforming- through Diplomats’ Eyes” in Roppongi Hills. The annual competition was set up to let diplomats and their families share their perspectives on Japan through the camera’s lens. 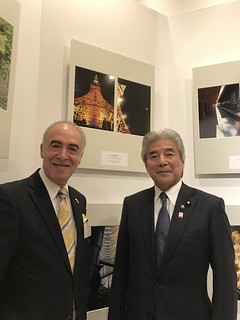 As in previous years, the event was honored with the presence of Her Imperial Highness Princess Takamado, the exhibition’s Honorary President, attending the premier reception for the opening exhibit of Their Excellencies Ambassadors and Heads of Mission photos taken by them of beautiful sceneries from their host country, Japan. H.E. Ambassador Dr. Mohabbat extended his sincerest thanks to Her Imperial Highness Princess Takamado for presiding over an event with this degree of opportunity for the diplomatic community, as well as expressed his most heartfelt gratitude on behalf of the people and Government of the Islamic Republic of Afghanistan for Japan’s steadfast and benevolent support over the years on its road to peace and prosperity. In return, Her Imperial Highness Princess Takamado thanked H.E. Dr. Mohabbat for his kind words and assured him that Japan has a special place in its heart for Afghanistan. 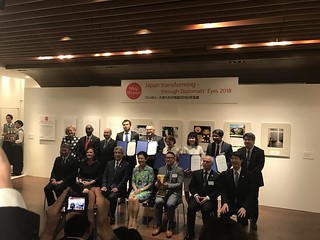 H.E. Dr. Mohabbat's photo entries were of the embassy’s most notable neighboring landmark, the famed Tokyo Tower at night – one of which also showcasing the beauty of the full moon. His photo will be shown as well in an article in the Japan Times. While at the event, H.E. Dr. Mohabbat had the pleasure of meeting with H.E. Mr. Hirofumi Nakasone, Former Minister of Foreign Affairs and former Minister of Education for Japan, to whom he expressed his sincere thanks for the noble nation of Japans true friendship over the years; as well as others of Their Excellencies the Ambassadors, Heads of Mission, diplomats with mission in japan, members of government, and distinguished guests all present for the notable event. 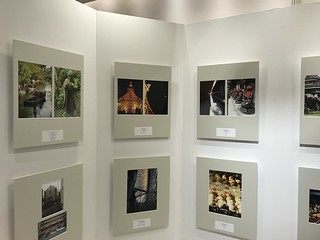