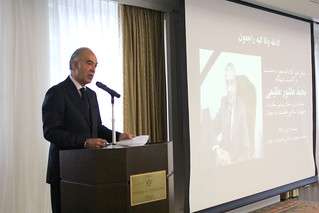 October 5, 2018: It was with a very heavy heart and much reverence that His Excellency Ambassador Dr. Bashir Mohabbat held a memorial service reception mourning the passing of the late Mr. Ashor Azimi at the Embassy of the Islamic Republic of Afghanistan. Also present to receive and greet mourners were all of the diplomats and staff of the Embassy. 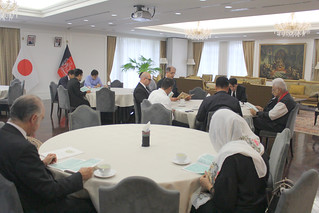 Mr. Ashor Azimi was born in 1967, Nili City, Daikundi Province, Afghanistan. Prior to his untimely passing, Mr. Ashor Azimi served as the Minister Counsellor for the Embassy of the Islamic Republic of Afghanistan in Japan. Over the span of his life, he attained many significant achievements and held many roles in service of the Islamic Republic of Afghanistan all over the world. His many accomplishments, hard work, dedication, warmhearted character, and intellectual abilities left an enduring mark on all those fortunate enough to work with him and consider him a friend, and helped to pave the road of progress for the Afghan people. 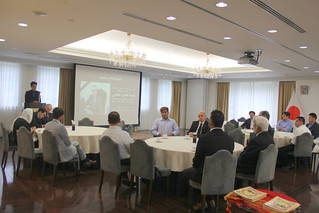 Following some recitations from the Holy Quran, H.E. Ambassador Dr. Mohabbat gave a very heartfelt tribute to his longtime friend, Mr. Azimi who he felt had been a great gift not only to the people and Government of the Islamic Republic of Afghanistan, but also to the embassy. He expressed his sorrow at the untimely passing of someone of such good character as well as his prayers for Mr. Azimi’s soul and for the comfort of his family during this difficult time. Others offered their reflections and prayers on behalf of Mr. Azimi, after which all of the guests shared in lunch prepared in honor of the occasion. 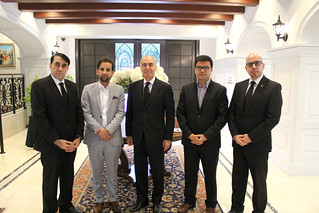