2018.12.10 Attendance at the Reception of Spain’s National Day at the Embassy of Spain 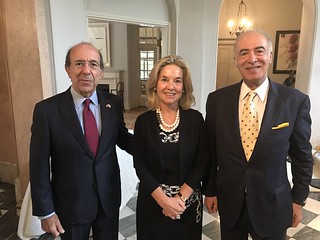 October 12, 2018: His Excellency Ambassador Dr. Bashir Mohabbat had the extreme pleasure of attending the celebration of Spain’s National Day Reception at the Embassy of Spain. 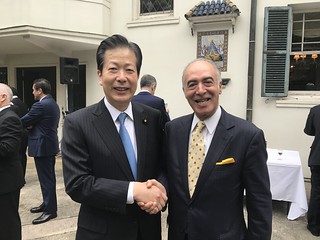 H.E. Ambassador Dr. Mohabbat took the opportunity to extend his deepest gratitude, on behalf of the people and the Government of the Islamic Republic of Afghanistan, to the Kingdom of Spain, through H.E. Mr. De Benito and wished the upmost sincerest congratulations on this most auspicious day. H.E. Dr. Mohabbat further conveyed his wish that Spain would enjoy renewed and ongoing peace and prosperity, his wishes for the welfare of the Spanish people, and his desire that the two nations would continue to grow close. In return, H.E. De Benito thanked H.E. Dr. Mohabbat for his words and attendance at their National Day celebration and expressed his best wishes for the people and the Government of Spain as well as his hope for their two nations to strengthen their ties of friendship. 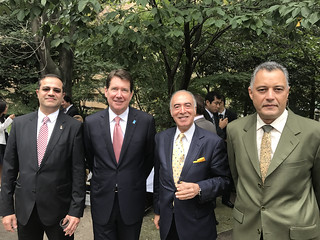 H.E. Dr. Mohabbat also had the opportunity to meet and converse with long time friend of the embassy and Afghanistan, Hon. Mr. Natsuo Yamaguchi, Member of the House of Councillors and Chief Representative of the Komei Party, and H.E. Mr. Nobuteru Ishihara, Former Minister of of State for Economic and Fiscal Policy, to whom he expressed his sincere thanks on behalf of the people and Government of the Islamic Republic of Afghanistan for the steadfast and benevolent support of the noble nation of Japan over the years. Additionally he had the pleasure of meeting with several of Their Excellencies the Ambassadors with missions in Japan, many diplomats, members of Parliament, and notable members of Japan’s business sector all present to celebrate the notable occasion. 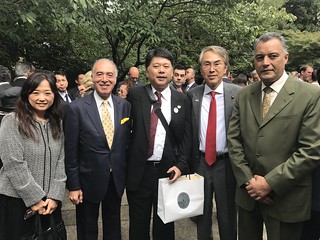