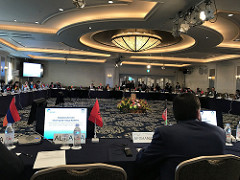 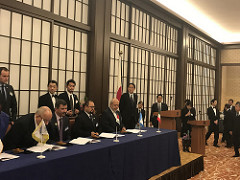 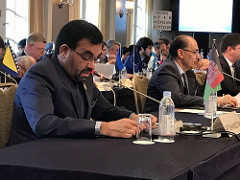 At the event, H.E. Mr. Ali Ahmad Osmani had the opportunity to give his remarks to all those present. He expressed his thanks for his invitation to the meeting as well to Japan for its cooperation and generous support for Afghanistan which has been so crucial for development. He mentioned that Afghanistan is building its energy sector to help provide the back bone for its socio-economic development as yet there is a gap between the supply and demand which poses serious challenges to energy security for the people. He also stated that the Energy Charter is the best platform for the issues regarding energy in Afghanistan. 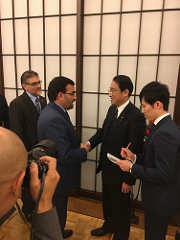 Following the remarks and discussions, T.E. Dr. Fatimie and Mr. Osmani had the pleasure of meeting with the event host, H.E. Foreign Minister Mr. Kishida and . H.E. Dr. Fatimie thanked him for the invitation to the event as well as for the continuous generous support of the people and Government of Japan to Afghanistan over the past 15 years to help ensure redevelopment, peace, stability, and prosperity. In return H.E. Mr. Kishida thanked him for his kind words, attendance and reaffirmed Japan’s commitment to Afghanistan in the future. 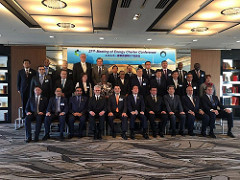