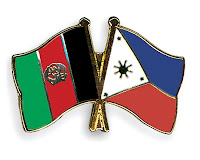 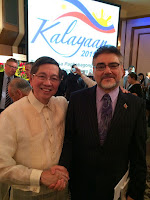 H.E. Ambassador Dr. Fatimie used the opportunity to meet with senior Government officials such as with the Chairman of the Committee on Audit for the House of Councillors in the National Diet of Japan and Chairman of the Japan-Philippines Parliamentarians Friendship group The Honorable Mr. Kenji Kosaka. H.E. Ambassador Dr. Fatimie expressed his appreciation, on behalf of the people and Government of the Islamic Republic of Afghanistan to The Hon. Mr. Kosaska for Japan's invaluable assistance to the people of Afghanistan. The Hon. Mr. Kosaka expressed that Japan would continue to actively support Afghanistan and that peace in the country is not only important for Afghanistan but also for the region and for the world.