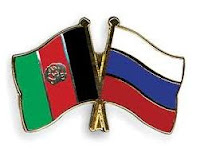 At Russia Day celebrations at the Embassy of Russia, His Excellency Ambassador Dr. Fatimie and Ambassadress Fatimie met with the Ambassador of Russia, His Excellency Mr. Evgeny Vladimirovich Afanasiev, and congratulated him and the diplomats in attendance for the successful hosting of the event. Importantly for Afghan-Japan relations, H.E. Ambassador Dr. Fatimie conversed with the former Prime Minister of Japan, His Excellency Mr. Yasuo Fukuda, and expressed his heartfelt gratitude to him for his tremendous support for Afghanistan during his time as Prime Minister. Former Prime Minister H.E. Mr. Fukuda communicated that Afghanistan's continued development was important and that Japan would continue to support such efforts. 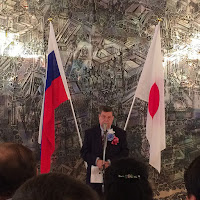 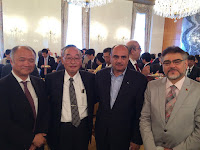