2018.20.11 Attendance of the Honorary Doctorate Conferral Ceremony at Waseda University

Attendance of the Honorary Doctorate Conferral Ceremony at Waseda University 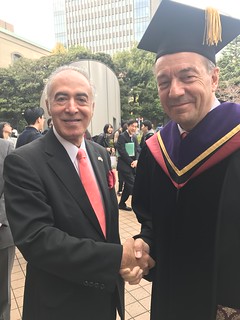 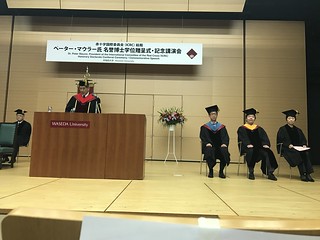 Remarks were given by Dr. Peter Mauruer, President of the International Committee of the Red Cross, whom was being commemorated, and the President of Waseda, Kaoru Kamata. The attendance was that of great honor and highlighted the extraordinary assistance provided by Japan and the Red Cross. However, most importantly, the event was to honor Dr. Peter Maurer, President of the International Committee of the Red Cross, for his service in a leadership capacity, and his significant expansion of humanitarian aid activities, and contribution to peace, and the security of the world. While at the event, H.E. Ambassador Dr. Mohabbat gave thanks to the President of ICRC, Dr. Peter Maurer, on behalf of the people and Government of Afghanistan for their many great contributions to peace and health in Afghanistan over the years which has made significant differences in the lives of the Afghan people. In return, Dr. Maurer thanked H.E. Dr. Mohabbat for his kind words and assured him that the Red Cross would continue to meet the needs of Afghanistan whenever needed. 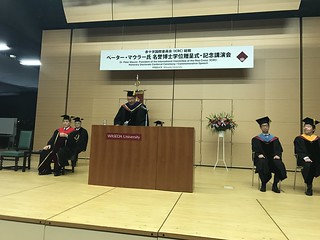