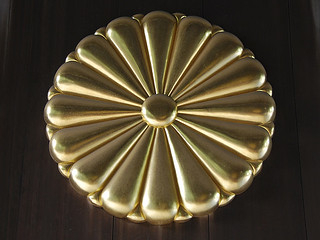 November 12, 2018: It was an honor and pleasure for His Excellency Ambassador Dr. Bashir Mohabbat to attend the marriage reception for Mrs. Ayako Moriya, formerly H.I.H. Princess Ayako of Takamado and her new Husband Mr. Kei Moriya, by the noble invitation of Her Imperial Highness Princess Takamado, at the Hotel New Otani in Tokyo.

During the reception, H.E. Ambassador Dr. Mohabbat had the great honor of meeting once again with Her Imperial Highness Princess Takamado and, on behalf of the people and Government of the Islamic Republic of Afghanistan, he extend sincerest congratulations on the marriage of Her Imperial Highness’s daughter, wished long life and success to the young couple, as well as gave thanks and appreciation for the steadfast and benevolent support by the noble nation of Japan over the years to Afghanistan as she has worked towards redevelopment, peace, and prosperity. In return Her Imperial Highness thanked H.E. Dr. Mohabbat for his attendance, his kind words, as well as assured him that Afghanistan would always have a place in the heart of Japan, and would continue to have their support.
Original Page
Posted by AEJ at 11:13