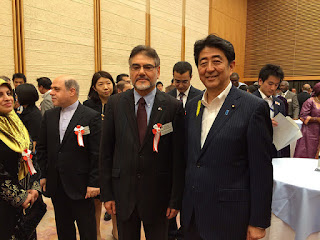 His Excellency Ambassador Dr. Fatimie had the honor of meeting with His Excellency Prime Minister Shinzo Abe at a reception hosted by the Prime Minister in relation to Iftar during the most Holy Month of Ramadan. H.E. Ambassador Dr. Fatimie communicated that His Excellency President Mohammad Ashraf Ghani and Chief Executive Dr. Abdullah Abdullah had both conveyed their very best regards to him and had expressed their gratitude to him for Japan's magnanimous support. In return, H.E. Prime Minister Abe expressed his thanks and best wishes to H.E. President Ghani and to H.E. Chief Executive Dr. Abdullah. 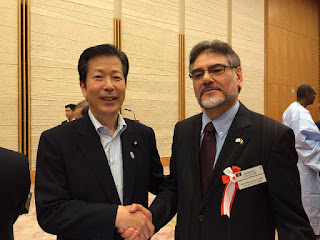 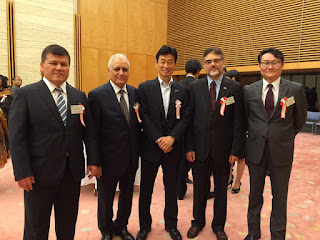 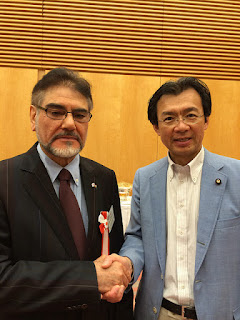