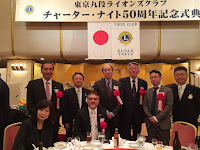 May 26, 2015: Representing the people and Government of the Islamic Republic of Afghanistan, it was with a great sense of duty that His Excellency Ambassador Dr. Fatimie attended the Tokyo Kudan Lions Club Charter Night Reception Celebrating the groups 50th Anniversary. With some dignitaries from various sectors in attendance, speakers including long time friend of Afghanistan and President of the Educational Foundation of Nippon Sport Science University Group Mr. Kenshiro Matsunami, attracted the audiences' attention to assist Afghanistan. 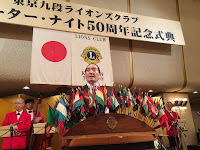 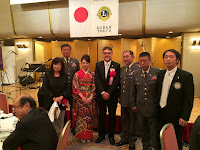 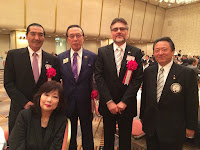 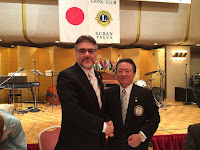