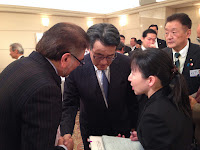 May 11, 2015: Continued political bipartisan support for Afghanistan is vital to maintain current trends of high level cooperation between Afghanistan and Japan and it was with this in mind that His Excellency Ambassador Dr. Fatimie and Second Secretary Mr. Mohammad Yasir Karimi attended a Democratic Party of Japan reception. Consequently, out of all the Ambassadors in attendance, H.E. Ambassador Dr. Fatimie was the last to leave due to the serious nature with which this opportunity to speak with the highest ranking officials of Japan's opposition was tacken. 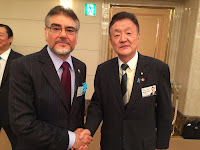 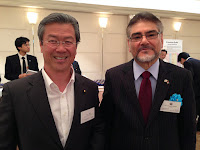 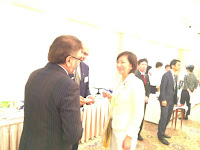 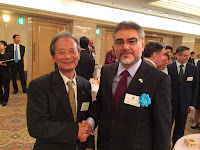 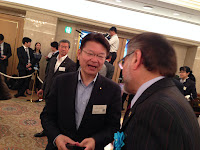