2020.25.01 Attendance at the Memorial for the Late Dr. Nakamura, hosted by Peshawar-kai

Attendance at the Memorial for the Late Dr. Nakamura, hosted by Peshawar-kai 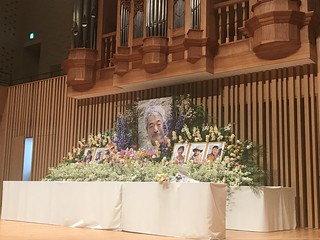 January 25, 2019: It was with a heavy heart that His Excellency Ambassador Dr. Bashir Mohabbat attended a somber memorial to honor the late Dr. Tetsu Nakamura and the five others who lost their lives in the same attack, hosted by the Peshawar-Kai at the Seinan Gakuin University Chapel in Fukuoka Prefecture. 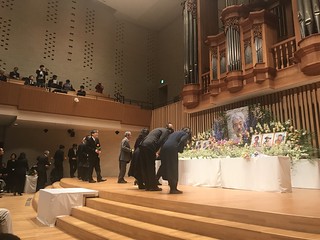 More than two-thousand mourners attended the event to pay their respects. The late Hon. Dr. Nakamura was a philanthropic physician who spent decades committing himself to humanitarian work in Afghanistan. He headed the Peace Japan Medical Services (PMS) also known as Peshawar-kai. He worked to build canals, hospitals, mosques, and was even credited with transforming the Gamberi desert into forests and farmlands. Dr. Nakamura’s kind benevolence and dedication to making the world a better place was not overlooked by the Afghan people who joyfully welcomed him as an honorary Afghan citizen and called him “Kaka Murad' - meaning Uncle Murad; a Afghan-stylized version of his name Nakamura.
On this somber occasion H.E. Dr. Mohabbat shared in the sorrow of both the people of Afghanistan and Japan at the loss of the lives of the six souls in the deadly attack. He expressed his sorrow at the untimely passing of someone of such good character as well as his prayers for Mr. Nakamura’s soul, for the souls of the benevolent guards who paid the ultimate sacrifice of their lives, and for the comfort of their respective families during this difficult time.