Attendance at the Reception for the 71st Republic Day of India. 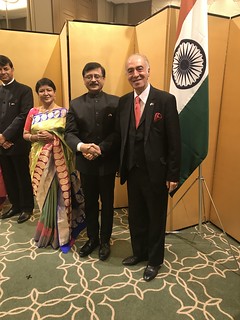 January 24, 2020: It was an honor for H.E. Ambassador Dr. Bashir Mohabbat to attend the reception for the 71st Republic Day of India at the Okura Hotel in Tokyo. 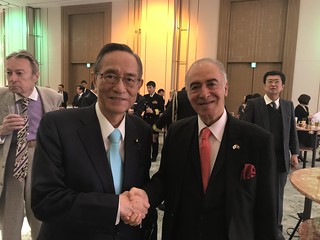 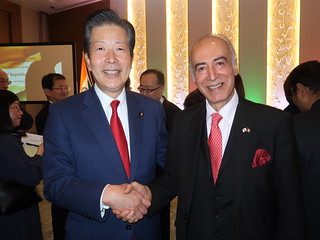 While at the event, H.E. Dr. Mohabbat had the pleasure of meeting and speaking with Hon. Mr. Natsuo Yamaguchi, Chief Representative of the Komei Party, a long time personal friend of the Ambassador's as well as of Afghanistan; Hon. Hiroyuki Hosoda, Member of the House of Representatives, Chairman of the Japan-India Parliamentarians' Friendship League, and former Chief Cabinet Secretary under H.E. Prime Minister Mr. Junichiro Koizumi; as well as others of Their Excellencies the Ambassadors, diplomats with missions in Japan, and other distinguished guests all present in honor of the auspicious occasion.