2020.22.01 Attendance at the Ministry of Foreign Affairs Japan’s Networking Reception and Training Seminar.

Attendance at the Ministry of Foreign Affairs Japan’s Networking Reception and Training Seminar. 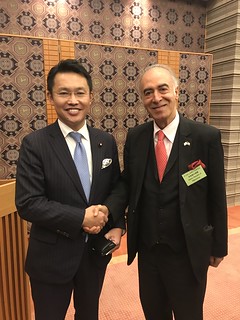 January 22, 2020: It was a pleasure for H.E. Ambassador Dr. Bashir Mohabbat to attended the Ministry of Foreign Affairs Japan’s Networking Reception and Training Seminar hosted by H.E. Mr. Shinichi Nakatani, Parliamentary Vice-Minister of Foreign Affairs for Japan, at Mita Kaigisho in Tokyo. 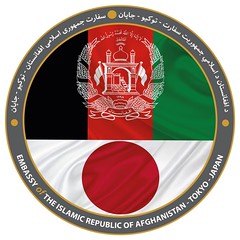 The annual event is aimed at providing the officials of local governments and diplomats an opportunity to build networks in order to promote dialogue and exchanges. Therefore, it was attended by members of the Diplomatic Corps in Japan. On behalf of the people and Government of the Islamic Republic of Afghanistan, H.E. Dr. Mohabbat extended sincerest gratitude to the people and Government of Japan, through the host of the event H.E. Parliamentary Vice-Minister Mr. Nakatani for the steadfast and benevolent support that they have shown to Afghanistan over the years as it has strived for redevelopment, prosperity, and peace. In return, H.E. Parliamentary Vice-Minister Mr. Nakatani, thanked H.E. Dr. Mohabbat for his kind attendance and kind words as well as expressed Japan’s intentions to continue to stand besides Afghanistan and offer support and assistance well into the future.
During the course of the reception, H.E. Dr. Mohabbat also had the pleasure of meeting and speaking with others of Their Excellencies the Ambassadors, diplomats with missions in Japan, and the high ranking members of government all in attendance at the event.