2019.03.09 2019 Fall Luncheon Reception in Honor of Visiting Delegation from Various Ministries in Kabul and the PEACE Project and MEXT Scholarship Graduates.

2019 Fall Luncheon Reception in Honor of Visiting Delegation from Various Ministries in Kabul and the PEACE Project and MEXT Scholarship Graduates. 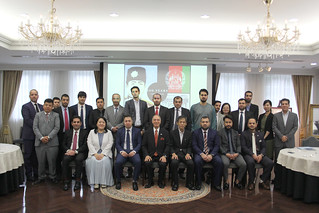 September 3, 2019: H.E. Ambassador Dr. Bashir Mohabbat had the pleasure of hosting a lunch reception in honor of a visiting Delegation of Directors, Department Heads, and other high ranking officials from various Ministries, Commissions, and Authorities in Kabul currently in Japan, as well as the PEACE Project and MEXT Scholarship Graduates, at the Embassy of the Islamic Republic of Afghanistan’s Rumi Balkhi Hall, in Tokyo. The reception was also attended by Officials from the Japan International Cooperation Agency (JICA), Japan International Cooperation Center (JICE), all Diplomats and staff of the Embassy of the Islamic Republic of Afghanistan in Tokyo. 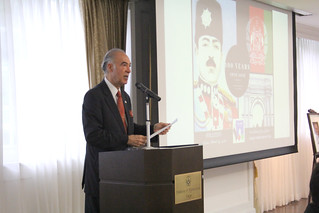 In the opening ceremony, emcee for the event Mr. Nasrullah Rozbeh, Second Secretary for the Embassy, greeted the guests to the hall and invited. H.E. Ambassador Dr. Mohabbat to the podium to give his remarks on the occasion. On behalf of the people and Government of the Islamic Republic of Afghanistan, H.E. Dr. Mohabbat thanked those in attendance for joining the occasion to celebrate the wonderful achievements of the honorary graduates, which have been brought forth through the strong collaboration and generosity of the People and Government of Japan; most notable due to the hard work and dedication of JICA and JICE through their programs in Human Capacity Development. 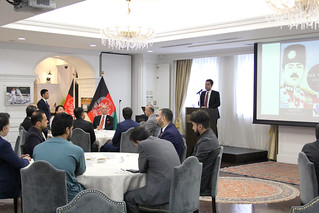 Remarks were also given by Mr. M. Khalid Arshad, Director General for the Ministry of Education of the Islamic Republic of Afghanistan who commended on the great dedication and achievement of the collaborative efforts between Afghanistan and Japan in helping to improve the education standard of Afghanistan through providing the opportunity for self-sustainability by educating Afghan scholars in Japan to complete their Masters and Doctoral studies. Further he expressed his hopes for the continuation of these programs and their continued improvements to the education sector. 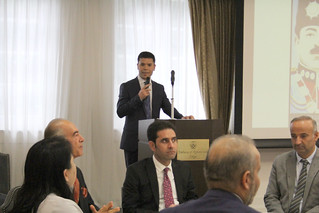 Following the speeches, the guests were given a tour of the Embassy grounds and building, after which they were invited to enjoy the Afghan dishes prepared by the Embassy in honor of this special day. To commemorate the occasion, a group photo was taken. All present remarked not only on the enjoyment of the day but also on the strong friendly relations between Afghanistan and Japan. 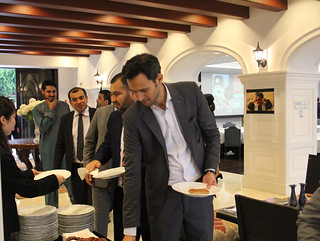 2019 Fall Luncheon Reception in Honor of Visiting Delegation from Various Ministries in Kabul and the PEACE Project and MEXT Scholarship Graduates.
Posted by AEJ at 13:00