2018. 24. 08 Attendance at 73rd Anniversary of the Independence Day of the Republic of Indonesia Reception.

Attendance at 73rd Anniversary of the Independence Day of the Republic of Indonesia Reception. 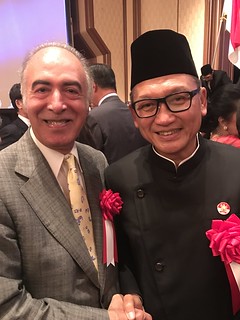 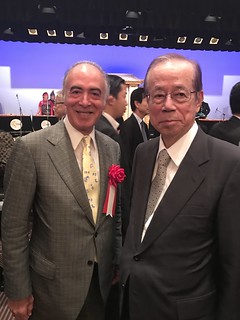 Additionally, H.E. Dr. Mohabbat had the honor of meeting and speaking with H.E. Mr. Yasuo Fukuda, former Prime Minister of Japan and current Chairman of the Parliamentary League of Japan and Indonesia, to whom he expressed his sincerest gratitude on behalf of the people and Government of the Islamic Republic of Afghanistan, to the people and Government of Japan for their benevolent and steadfast assistance over the years. In return, H.E. Mr. Fukuda thanked H.E. Dr. Mohabbat for his kind words and expressed his wishes for continued good relations between Afghanistan and Japan. H.E. Dr. Mohabbat also had the pleasure of meeting with several of Their Excellencies the Ambassadors, Diplomats with missions in Japan, and members of several Governments present in honor of the occasion.