2017.24.03 61st Anniversary of Independence and National day of the Republic of Tunisia.

61st Anniversary of Independence and National day of the Republic of Tunisia.

24 March 2017: the First Secretary of Political Affairs Mr. Basir Ahmad Hamdard attended the 61st Anniversary of Independence and National day of the Republic of Tunisia. The reception was held at Hotel Okura, Ascot Hall in Toranomon Minato-ku Tokyo. 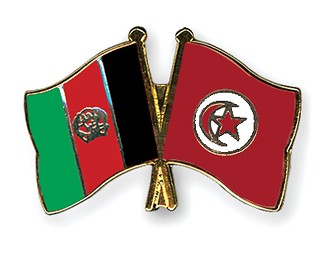 At the reception, Mr. Hamdard congratulation His Excellency Mr. Kaies Darraji Ambassador of Republic of Tunisia and Minister Plenipotentiary Deputy Chief of Mission Mr. Naceur Ouni of Tunisia on their national day. Mr. Hamdard also expressed his deep condolences to His Excellency Khaled Alameri Ambassador of the United Arab Emirates for the loss of the five diplomates in Kandahar, Afghanistan committed Taliban and Haqqani, stressing that terrorism is a global threat that affects us all.
Mr. Hamdard also had an important conversation with Marta Cali, Training Consultant from the United Nations Institute for Training and Research (UNITAR), where Mr. Hamdard explain about the situation in Afghanistan and stressed the importance of the UN’s work for peace and collaboration with neighbor country Pakistan to combat terrorism. The only peace solution for Afghanistan is to stop the supporting of terrorism and extremism in neighboring countries, fail to do so is going to cause unrest on a global scale.