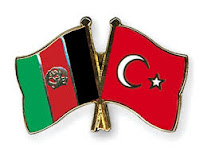 August 28, 2015:
H.E. Ambassador Dr. Sayed Mohammad Amin Fatimie had the pleasure of attending the opening ceremony of the Yunus Emre Calligraphy Exhibition and the subsequent reception celebrating the Victory Day of Turkey at the Embassy of the Republic of Turkey in Tokyo. H.E. Ambassador Dr. Fatimie congratulated the Turkish Ambassador Mr. A. Bulent Meric for the occasion, and expressed his gratitude of what close friend Turkey has been to Afghanistan, to which in return the Turkish Ambassador H.E. Mr. A. Bulent Meric expressed his wish for Afghanistan to prosper in peace. 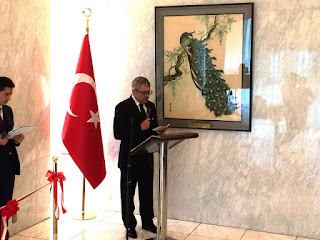 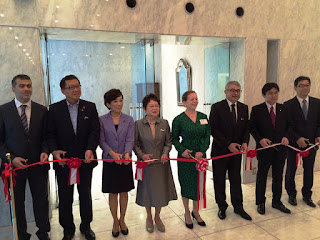