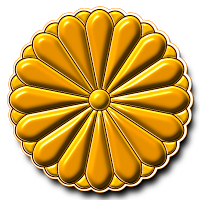 November 12, 2015: His Excellency Ambassador Dr. Sayed Mohammad Amin Fatimie had a great honor and pleasure of attending a Garden Party hosted by Their Majesties the Emperor and Empress in Tokyo. The party was held under a mild sunny autumn weather with the attendance of Their Majesties the Emperor and Empress, Their Imperial Highnesses the Crown Prince Naruhito and Crown Princess Masako, and many distinguished guests including Prime Minister Abe and former Prime Ministers. H.E. Ambassador Dr. Fatimie appreciated to many of those guests communicated with and expressed their deep condolences for the victims of the recent magnitude 7.5 earthquake struck Afghanistan and the region on October 26.