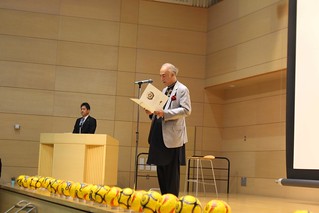 February 16, 2020: H.E. Ambassador Dr. Bashir Mohabbat attended the 7th Afghan Kite Festival, which was jointly organized by the Japan-Afghanistan Association, Nittaidai Ebara High School, and the Embassy of the Islamic Republic of Afghanistan in Japan. 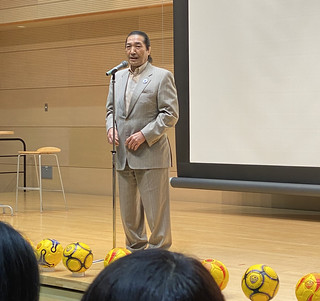 In the opening ceremony, H.E. Ambassador Dr. Mohabbat gave opening remarks that it was his great pleasure that Afghanistan and Japan to have such an exchange in a shared cultural activity of both countries, like kite flying, to better understand each other as well as his hope for the future strengthening and developing of the ties between the two countries. This speech was followed by Mr. Kenshiro Matsunami, Chairman of the Board of Directors of Nippon Sports Science University and former Deputy Minister of MEXT, who spoke praise on the longtime and strong relations between Afghanistan and Japan. 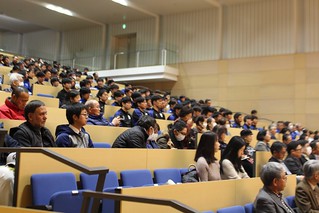 The rainy-day event was still attended by nearly 100 visitors and supporters including H.E. Mr. Motohide Yoshikawa, Former Ambassador & Permanent Representative of Japan to the United Nations and former Director-General of the Middle Eastern and African Bureau, Ministry of Foreign Affairs of Japan; and H.E. Mr. Toyoei Shigeeda, Former Ambassador of Japan to Lithuania. The embassy had handmade and decorated nearly 50 Afghan kites available for guests to the event to tryout and compare to the traditional Japanese kites they are more familiar with. Also on display were Afghan dried fruits & nuts, lapis lazuli goods, Afghan carpets, and national clothing. The fortunate guests to the event were able to enjoy not only the standard and deliciously prepared Japanese festival food but also Afghan chicken kabob sandwiches prepared by the embassy for the guests to try the flavors of Afghanistan and learn more about the country. 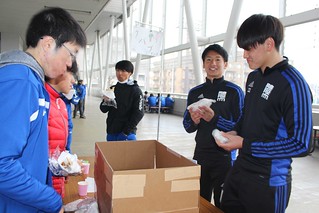 All in all, it was highly entertaining event and all present enjoyed the inter-cultural exchange between Afghanistan and Japan. Both young and old were able to feel and appreciate even on a small scale the wonders of Afghanistan’s charm and wonder. During the duration of the event, H.E. Ambassador Dr. Mohabbat had the pleasure of meeting with the organizing executives, officials of the supporting institutions, the schools related to Afghanistan, and several of the distinguished guests who attended the event.